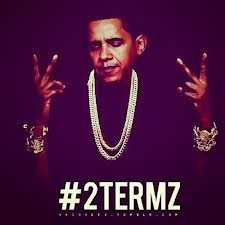 The American people have two choices:  1.  Remove Barack Hussein Obama from Power   2.  Continue a death spiral for this country economically, morally and globally.

That's it.  YOUR choice, America.  The world is ready to help our destruction slowly but surely.  You see, the fact of the matter is....Chicago thug politics doesn't work well on the global scene.


France believed the United States attempted to hack into its president's communications network but the U.S. hinted that Israel was behind the attack, AFP reported on Friday, based on a leaked U.S. intelligence document.

According to the report, U.S. agents denied having anything to do with the May 2012 cyber attack on the Elysee Palace, the official residence of French presidents, and appeared to hint at the possible involvement of the Mossad, Israel's intelligence agency.

The report is based on a classified internal note from the National Security Agency. Extracts from the document, the latest to emerge from the NSA via former contractor Edward Snowden, were published by Le Monde newspaper on Friday.

The document is a briefing note prepared in April this year for NSA officials who were due to meet two senior figures from France's external intelligence agency, the DGSE.

The French agents had travelled to Washington to demand explanations over their discovery in May 2012 of attempts to compromise the Elysee's communications systems.

The note says that the branch of the NSA which handles cyber attacks, Tailored Access Operations (TAO), had confirmed that it had not carried out the attack and says that most of its closest allies (Australia, Britain, Canada and New Zealand) had also denied involvement.

It goes on to note, "TAO intentionally did not ask either Mossad or (Israel's cyber intelligence unit) ISNU whether they were involved as France is not an approved target for joint discussions."

Le Monde interpreted this sentence as being an ironic reference to a strong likelihood that Mossad had been behind the attack.

The cyber attacks on the Elysee took place in the final weeks of Nicolas Sarkozy's term, between the two rounds of the presidential election which he ended up losing to Francois Hollande.

The attacks had been previously reported by French media, who have described them as an attempt to insert monitoring devices into the system but it remains unclear whether the presidential networks were compromised for any time.

Hollande said Friday that French intelligence services had identified "several leads" for the attacks, speaking in Brussels after EU summit talks, according to AFP.

He did not elaborate further, but his comments came after he and German Chancellor Angela Merkel pushed for Washington to agree on new rules on the conduct of intelligence gathering among allies.

Merkel herself has also reportedly been the target of U.S. espionage, with claims emerging this week the U.S. tapped her mobile phone.

"Spying between friends, that's just not done," an angry Merkel said Thursday at the start of the summit of European Union leaders, which was overshadowed by the issue.

The Guardian reported on Thursday, also based on a classified document provided by Snowden, that the (NSA) monitored the phone conversations of 35 world leaders after being given the numbers by an official in another U.S. government department.

The leaders were not named. Responding to the report, a White House spokesman would only say that the United States “gathers foreign intelligence of the type gathered by all nations.”

Posted by Holger Awakens at 3:00 PM

Maybe Israel should preserve what little goodwill it has in the world and not participate in such espionage activities. Mossad has no business in France or Germany. Or any European country for that matter. Israel's threats do not emanate from Western Europe. Spying on your allies is action fraught with danger. If Mossad did indeed assist or cooperate with the NSA then they clearly haven't thought things through. What vital intelligence might Germany and France withhold from Israel in retaliation? Blowback!! You never know the actions suspicious allies might take after blatant violations of their sovereignty. It's like cheating on your faithful wife. Why do it? It'll only create more problems than you need or want.

NSA states canada Brit etc did not spy on France because they told teh NSA they didnt. Sucg credible truth the NSA uses. Sack of shit lying Obvama sycophants

Lets look at this a moment. America is curr4ently led by a president who regularly lies , throws ISrael under teh bus when its convenient. Now security establishments almost always follow teh same track as their leader Barak Hussein Obama who as we know gets his ambassador to benghazi killed and lies about it. It is not a far a stretch to have teh NSA lie about who was going after French communications. ISrael doe not have carnivore or prism or other telephone tapping or communication spying equipment to teh extent the NSA does. Angela merkel told US to stop spying on her. Which means she has teh goods on Washington. Now The NSA tries to misdirect and point teh finger of blame at ISrael. I dont think so. Obama is good for it but can not take another hit publicly. NSA did not come out and say ISrael did it, which is their version of plausible deniability. My Money is on those fuckers in NSA and CIA and other shadowy groups who have the method and means and motive to due such dishonorable things as spy on our allies. Not teh words dishonourable well folks for my two cents, Obama had to have okayed this the NSA already guilty of spying on everyone in teh USA , they no doubt spy on the Eu as well. Doom on Obama Double doom on teh NSA for pointing teh bone at ISrael who knows and understands quite clearly what such actions would mean if caught. But thanks Obama for allowing the NSA point the finger at ISrael another favour done to us. America used to be screwed under Obama. now it is absolutely fucked under Obama and as someone who supports ISrael, I hope America gets her come uppance. She deserves it. Don't get me wrong. 47$ voted Obama they deserve it the rest dont, but as long as he is teh leader, Doom on America. We need a Ronald Reagan a uniter , a leader, not this pussy assed piece of shit from Mecca Chicago.

Now answer me this. Does any reasonable person see any reason now aws a result of this shit the NSA and teh administration is throwing out to the EU why ISrael should not spoy on teh US or perhaps drop a few of its dirty little secrets that it has covereed up for washington. A tit for tat might be what it takes

I'm not sure what you're trying to say. Mossad has been shown to have quite advanced intelligence procurement capabilities. They managed to record Kruschev's secret anti-Stalin speech in 1956. That's quite the achievement, getting past the KGB.

In the 1990's Mossad was very actively involved in industrial espionage in Germany. In the late 1990s, the head of the BfV reportedly warned his department chiefs that Mossad remained a prime threat in stealing the country's latest computer secrets.

So it's not exactly outside the realm of possibility that both Mossad and Britain's MI6 assisted the NSA in its eavesdropping program on France and Germany.

Aren't you though an American yourself? You're hoping for Israel to damage America? I don't think being pro-Israel necessarily means wishing your own country's destruction because of one administrations' inability to keep its secrets intact(Snowden affair). And Merkel's phone has been tapped since 2002. Before she became chancellor and before Obama even got to the national spotlight.

So I'd be more reserved in my judgements concerning this issue. NSA and Mossad both have a history of collusion in spying on allies. This new revelation seems to be more of the same. Though I don't see the interest of Mossad to spy on Israel's allies in Western Europe. As you mentioned tit-for-tat, Germany and France might just reveal some of Israel's dirty laundry. Don't be so pro-Israel that you become anti-American. Even allies have differences. What's good for Israel can be detrimental to America. And vice-versa. American and Israeli interests don't always correlate.

Barack Hussein Obama knows very well that when he can he will be able to blame the Jews for his failures.

Mossad didn't spy on the French. But Mossad has a long memory and a long arm.

But history states otherwise. MI6 and Mossad have a history of collusion with American Intelligence in spying against fellow NATO allies.

How can you be so sure that Mossad didn't aid the NSA? Or MI6 for that matter?

Apparently Merkel's phone was tapped since 2002. Maybe it was Tenet's idea.

Mossad certainly has shown its capabilities over time, but I doubt they can go toe-to-toe with the American Intelligence community. Mossad's feared long arm may work against its regional enemies but it will come up against a brick wall should it go up against U.S. Intelligence.

Allied interests don't always correlate. So is it wise to offer blind support to an ally over the interests of your own nation?