Rift Between Hamas and Arab Nations Revealed In MEMRI Article 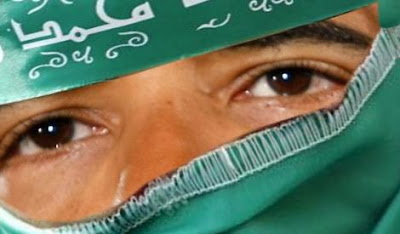 This is quite an article here from MEMRI that exposes a good deal of the rift that now exists between Hamas in Gaza and surrounding Arab nations. I encourage you read the entire article. Here's some of the excerpts:

Hamas and Its Ilk Are More Loyal to Iran Than to the Arab Cause
"It is very hard to accept national positions like those adopted by [Hamas and other] groups, because they support Iran's policy even though doing so harms their own countries and their relations with the UAE and [other] Arab states. [The truth is that] there is no difference between the Iranian occupation and the Israeli occupation, [since both] occupy Arab lands…
"Abu Marzouq would like to be seen as an opponent of the state that occupies his country, and he is demanding the right [to independence for the Palestinians] - while at the same time denying this right to another country, and [even] seeing its demands as surprising."

Iran and Hamas Are Political Entities that Exploit Religion
"Upon careful scrutiny, [however,] this problem seems negligible in comparison to the positions of [different] religious groups vis-à-vis their respective homelands. Iran uses [these groups] as strategic cards [to harm] the interests of [different] countries, despite sectarian differences - thus, Hamas is a Sunni [organization], while Iran is a Shi'ite country. One need not be [exceptionally] perceptive [to realize that] Iran and these groups are first and foremost political entities and only then religious entities - and that for them, religion is nothing but a tool for attaining their [political] aims...

You can see vividly here how the Sunni nations in the Middle East have HUGE issues with Iran and of course, with the fact that Iran is nearing a nuclear warhead capability, the Arab Sunnis are quite frankly, freaking out. At the same time, countries such as Egypt have seen Hamas become much more armed in recent days and the assaults by Hamas into Egypt have been well documented.

This is why we are seeing nothing but some obligatory lip service from Arab nations regarding Israel's bombing of Hamas in Gaza. We all know that countries like Egypt and Jordan wish the Israelis well in decimating the Iranian back legion of asshats.

UAE Columnist: Hamas's Claim to Palestine Must Be Questioned

In October 2008, Moussa Abu Marzouq, deputy head of the Damascus-based political wing of Hamas, gave an interview to the Qatari daily Al-Raya [1] in which he expressed surprise at the UAE's demand for sovereignty over the three islands Greater Tunb, Lesser Tunb, and Abu Moussa, which have been in Iranian possession since the Shah's era. Abu Marzouq's statements sparked anger against Hamas; in one reaction, a columnist for the UAE daily, Al-IttihadMuhammad Khalfan Al-Sawafi, [2] extrapolated from Abu Marzouq's statements that Hamas's claim to Palestinian territory could likewise be questioned, and that the agendas of Hamas and Iran were political rather than religious.
Following are excerpts from Al-Sawafi's article:

Hamas Is Selling Arab Territories out of Greed
"…Mussa Abu Marzouq, deputy of the political wing of Hamas… expressed surprise that the UAE had set a deadline for restoring [to its sovereignty] the three islands that are currently under [Iranian] occupation, [i.e.] Greater Tunb, Lesser Tunb, and Abu Moussa. [Marzouq's statement] raises questions regarding [Hamas's] demands to regain control over the occupied Palestinian territories. In addition, these statements can be [construed as] undeniable proof that the religious groups' and movements' loyalty to an external [element] is greater than their loyalty to their respective homelands.
"These statements, by a senior Hamas official, are by no means trivial, since they intimate that these groups are prepared to sell territories in return for Iran's economic support, and to give up their lands for the sake of its [Iran's] interests…
"The problem with [Abu Marzouq's] declaration is twofold. Firstly, he ignores [the fact] that the Palestinian cause has been supported by all Arab countries - not just UAE. [HoweverAbu Marzouq] praises not [the Arab countries] but Iran [for supporting the Palestinians].
"The second issue is related to [the fact that, as] we, i.e. the UAE, know, Hamas has [common] interests with Iran, manifested by [Iranian] economic support for [Hamas] - making it only natural [that Hamas] adopted its current position [on the sovereignty of the three islands].
"It is unfortunate, however, that a senior Arab official who opposes occupation, and who is so sure that he, of all people, understands the bitterness of [living under] it, should publicly come out with a shocking statement… to the effect that there is [such a thing as] bad occupation [i.e. Israel's occupation of Palestine] and good occupation [i.e. Iran's occupation of the three islands]."
Posted by Holger Awakens at 8:01 AM