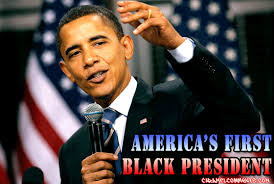 No one has ever asked Barack Obama a tough question.

Leave it to Holger.