The Four Step Plan of ISIS To Capture Egypt 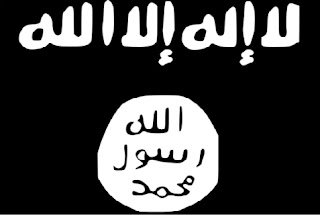 What?  You don't think ISIS has the goal of one day ruling over the pyramids?  Egypt is large on the ISIS list and this article from DEBKA talks about the four step strategy for ISIS to gain control of Egypt.

Islamic State affiliates in Sinai and Libya have banded together with the Palestinian Hamas rulers of the Gaza Strip for the shared goals of capturing northern Sinai from the Egyptian army and staging an assassination coup against President Abdel-Fatteh El-Sisi, debkafile’s exclusive military and intelligence sources report.

They are in the throes of four steps for promoting their objectives:

1. Monday, June 29, a rogue group of Egyptian Special Forces accessed the heavily-guarded upscale Cairo district of Heliopolis to plant a bomb car, which they remotely detonated as the convoy of their target, Egypt’s general prosecutor Hisham Barakat, went by. He was killed on the spot. The assassins were members of the Egyptian elite force which had defected to the Islamic State of Iraq and the Levant.

Three weeks later, on July 16, notwithstanding reinforced security in Heliopolis, ISIS killers reached inside the neighborhood once again and planted a roadside bomb. It was detonated as an Interior Ministry special forces security patrol moved past.

Because of the tight official blackout on the event, there are no reliable accounts on casualties. The authorities in Cairo reported that one Egyptian soldier was injured, but this is no doubt only part of the picture.

The following day, July 17, a violent clash erupted In the Talibiya neighborhood of Giza near the pyramids between Egyptian Special Forces and Muslim Brotherhood’s underground cells. Five MB adherents were reported killed, but again no word on military losses.

2. On July 1, ISIS forces launched their most ambitious offensive to date against Egyptian military and police facilities in northern Sinai. Still ongoing three weeks later, the losses the Egyptian military have sustained to date are estimated at 120 dead and hundreds injured. Though fighting fiercely, Egyptian troops have not been able to repel the continuous Islamist assault or contain its advance through the northeastern section of the peninsula.
Tuesday, July 21, Hamas terrorists arrived at ISIS positions in northern Sinai for a joint assault on the base of the Multinational Observer Force at El Gorah, not far from the embattled town of Sheik Zuwaid. It was the first major attack on the US-led force that was installed in Sinai to monitor the 1979 Egyptian-Israeli peace accord – and is still going on..

Here, too, the MFO command and Cairo have combined to impose a blackout on the situation in the camp and the extent of casualties..

3. On July 17, the Islamic state of Sinai sank an Egyptian coast guard vessel with a sophisticated guided Kornet anti-tank missile. The ship was patrolling the Mediterranean shore of Rafah to prevent the smuggling of arms and fighters from Egypt proper and Libya into northern Sinai. This was a landmark incident in that it was the first time ISIS is known to have sunk an adversary’s vessel at sea.

Cairo reported at first that a fire broke out on the ship and there were no casualties.

4. On July 22, an audio message began making the rounds in Cairo and other Egyptian cities claiming to be the voice of Hisham al-Ashmawy, an Egyptian Special Forces officer who defected to ISIS. He said the country had been “overpowered by the new pharaoh” and called on all Egyptians “to come together to confront the enemy.” The message concluded with the words: “Do not fear them, but fear Allah if you are true believers.”

Western and Middle East counter-terror experts have concluded that it was Hisham al-Ashmawy who orchestrated the assassination of the general prosecutor last month. They tag him as the leader of the group of Egyptian officers and men who defected to ISIS. Egypt’s elite military units would appear therefore to be heavily penetrated by the Islamic State.
For Egyptian rulers this is a recurring menace. Thirty-years ago in October 1981, President Anwar Sadat was assassinated by a senior Egyptian intelligence officer who had secretly joined the radical Egyptian Islamic Jihad, one of Al Qaeda’s two parent groups, and went AWOL a short time earlier.

Did an excerpt and a link back for the whole article.
Bob A.

I forgot to leave the link where I posted.
https://boudica2015.wordpress.com/2015/08/03/the-four-step-plan-of-isis-to-capture-egypt-via-holger-awakens/
Bob A.