Ramadi....Wonder Why You Aren't Hearing Anything About Ramadi? 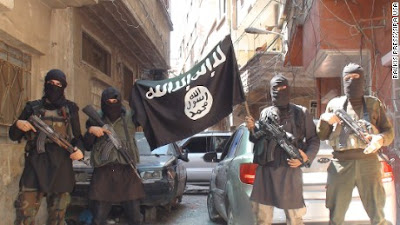 Let me share with you two headlines - you will notice how very similar they are:


Okay, so why do I point out these two headlines - the first one is from The Telegraph and the second one is from The New York Times.  Well, I think it's important to update you on the progress of Iraq and the Shia militias in retaking Ramadi back from ISIS because I made the statement long ago that it wouldn't happen.

So back to the headlines - if you haven't peeked already, the first headline is from May 23, 2015 and the second headline is from July 6, 2015.  Yep - the offensive by the Iraqis and the Shias to liberate Ramadi back in May didn't happen and almost two months later, they are still TALKING about an offensive.

I made the statement way back that it took the likes of America's finest, our Marine Corps to liberate Ramadi from al Qaeda in Iraq and that took nearly 9 months to happen - you seriously think a bunch of part time, "soldiers" in leisure suit Shias from southern Iraq are going to rip Ramadi away from the animals of ISIS?  And yet these news outlets like the BBC, and The Telegraph and the New York Times and the Washington Post keep putting this bullshit up.

Why don't we just meet back up here in 3 more months and I'll put up a September headline that will read something like this:

Posted by Holger Awakens at 3:30 AM