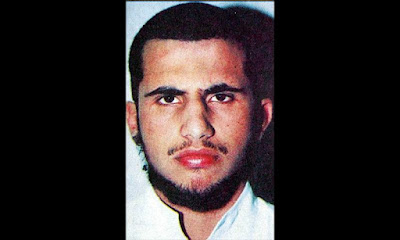 Another al Qaeda bites the dust - big fish this time.

WASHINGTON: A United States-led coalition air strike earlier this month killed the leader of an Al Qaeda offshoot in Syria that American officials accuse of plotting attacks against the US and its allies, the Pentagon said.

Muhsin al-Fadhli was killed in a “kinetic strike” on July 8 while travelling in a vehicle near the northwestern Syrian town of Sarmada, said Captain Jeff Davis, a Pentagon spokesman. He did not confirm whether a drone or a manned aircraft had killed Fadhli, 34.

Fadhli was allegedly the leader of the Khorasan Group, a group of senior Al Qaeda members who have travelled from Central Asia and elsewhere in the Middle East to Syria to plot attacks.

The Kuwaiti-born militant was so trusted among late Al Qaeda supreme Osama bin Laden's inner circle that he was among the few who knew in advance about the September 11, 2001 attacks on the United States, according to US intelligence.

"His death will degrade and disrupt ongoing external operations of Al Qaeda against the United States and its allies and partners," said Davis.

Davis, who heads the Defence Department's press operations said Fadhli was also involved in October 2002 attacks against US Marines on Kuwait's Failaka Island and on the MV Limburg, a French oil tanker.

He was reported to have been previously targeted in a US air strike in September, but his death was not confirmed by US officials at the time.

Officials say Khorasan is part of Al Qaeda's Syrian branch, Al-Nusra Front, though experts and activists cast doubt on the distinction between the two groups.

In a September interview, US President Barack Obama listed Khorasan among "immediate threats to the United States," warning that "those folks could kill Americans."

The US State Department had posted a $7 million reward for information leading to Fadhli's death or detention. He was wanted by law enforcement authorities in Kuwait, Saudi Arabia and the United States for terrorist activities.

The fighter fought alongside the Taliban and Al Qaeda in Pakistan, according to the State Department.

The US National Counterterrorism Center has said he had become Al Qaeda's senior leader in Iran.

Fadhli was a major facilitator to late militant Abu Musab al-Zarqawi, who once led Al Qaeda in Iraq, and other fighters against US and multinational forces.

He was designated by the US Treasury Department for providing financial and material support to Zarqawi's network and Al Qaeda.

The United Nations Security Council's Al Qaeda Sanctions Committee cited him in 2005 for his role in planning, facilitating and financing Al Qaeda attacks, which triggered a freeze on his assets and a travel ban.

Posted by Holger Awakens at 4:15 AM