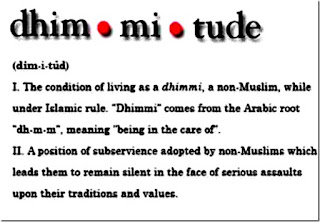 
She is a disgusting, narcissistic BIGOT and a useless &*^+•

Here Be Dragons ‏@montemcguire 2h2 hours ago
@Montel_Williams @PamelaGeller Shes not a bigot. She doesnt agree with a religion that promotes killing infidels.

So, we award the Dhimmi of the Week Award to Mr. Montel Williams.

You see, Montel is one of those millions of Americans who thinks Islam is JUST like Christianity and Judaism.  Montel has a Muslim neighbor living three blocks away who waves at him occassionally, she seems nice. You see, Montel is one of those people in America who lapped up the Muslim Brotherhood propaganda like it was a strawberry shake from DQ - that there are 1.5 billion peaceful, loving Muslims in this world and just a few hundred really bad ones that do really bad things.

Montel Williams, like millions of other dhimmis in America haven't taken the time to know their enemy.  They haven't expended 10 minutes of energy to crack open a Qur'an and read the Book of Evil.

Montel Williams stands up strong and proud to protect the "religious" rights of Muslims in America and is completely, yes COMPLETELY, willing to ignore, to forgive and forget:

Labels: Dhimmi of the Week