Another Report Surfaces That Pakistan Held Bin Laden As Prisoner For 6 Years, Turned Him Over To U.S. For Staged Raid 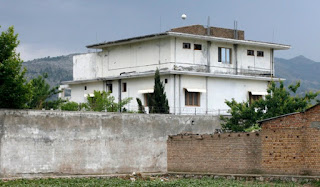 You know, I would pretty hastily dismiss stories like this if the President of the United States wasn't the most conceited, most politically orchestrated, most "I'm in it for Me" individual in our country's history.  The other part of this story that lends credence to it is the location of where bin Laden was when our raid took place - everyone was amazed that the world's most hunted man was actually found in Abbottabad and many scratched their heads that he was just down the street from a huge military base.  Hmmmm.

Anyway, here's the story from Times of India.


LONDON: Pakistan's ISI had held Osama bin Laden prisoner for nearly six years in Abbottabad and handed him over to the US in a staged raid, a media report said on Wednesday in new controversial account of the al-Qaida chief's death.

Pulitzer Prize-winning American investigative journalist Seymour Hersh has already termed the official US account of the raid and Osama's killing as "a fairytale".

The BBC report by Jane Corbin, who has investigated al-Qaida and Osama for nearly two decades, claims there was a conspiracy at the highest levels of the US and Pakistani government to assassinate him. Citing Hersh, who spoke to Corbin about his article published in the London Review of Books last month, the report says the ISI was holding Osama prisoner for nearly six years in the garrison town of Abbottabad and just handed him over to the Americans in a staged raid.

Posted by Holger Awakens at 4:38 AM