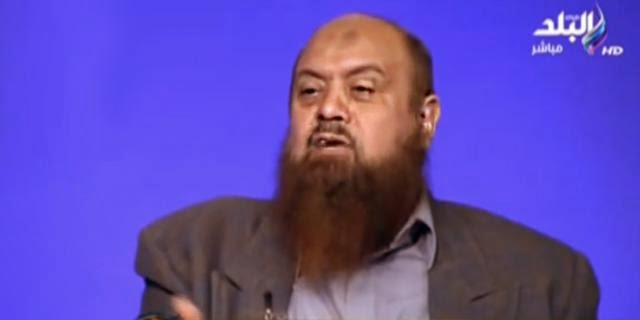 
Nabil Na'im, formerly a close confidante of Al Qaeda's leader, said the money was to help organize support for the Brotherhood.


Speaking on Haya TV, Nabil Na'im, a former Islamist who was the leader of Egypt’s Islamic Jihad and who was previously a close confidante of current Al Qaeda leader Ayman Zawahiri, asserted that during the reign of former Egyptian president Mohammad Morsi, Zawahiri was given $25 million from Muslim Brotherhood leader Khairat al-Shatter to organize, fund and assemble the jihadi groups “in order to support the Brotherhood.”

Al-Shatter, though not a member of Morsi’s government, was imprisoned after the overthrow of Morsi. Al-Shatter was asked for personally by John McCain during his visit to Egypt last summer after Morsi's ouster at which time McCain pushed for the reinstatement of the Brotherhood. U.S. Ambassador to Egypt Anne Patterson was reportedly seen visiting Shatter often.

Na'im has previously said that attempts by the U.S. to “reconcile” Egypt with the Muslim Brotherhood was “nothing but a conspiracy by the American administration,” and that the Brotherhood, when in power, had betrayed Egyptian sovereignty, adding that ousted president Morsi granted Egyptian citizenship to more than 60,000 Palestinians, many of whom were in the ranks of the jihad.

Posted by Holger Awakens at 7:01 AM