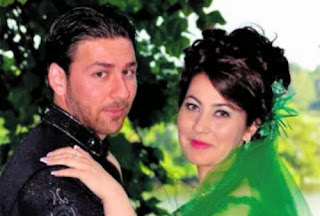 I guess this would meet with Mohammed's approval for alternative ways to get a divorce from one of your Muslim wives....

The story comes from Jihad Watch via The Religion of Peace.

Islam in Denmark: Muslima's secret wife discovers her husband has also married his cousin from the U.S., burns her alive


Muslim immigration includes the importation of exotic and barbaric crimes. Modern family disputes within Islamic families often turn more cruel than anything we have seen in the West for hundreds of years. And though Islamic law sanctions polygamy, it cannot eradicate jealous rage from the human soul. Translated from Danish in Den Korte Avis: "Afghan woman burned to death":

Thirty-year-old Faruk Rooma, a Pakistani national, was sentenced to life imprisonment and deportation for life, while her two accomplices, her 19-year-old nephew, Aafaq Alam Khan and his friend, 17-year-old Noureddine El Yousfi, were sentenced to ten and seven years in prison.

All three appealed on the spot.

Because of the now-violent family of the now-convicted persons, the public hearings were held under heavy police protection....

On Friday, September 14 in the early afternoon, a woman and two young men broke into the apartment where the murder victim was home alone. While the two men held on to the terrified woman, the Pakistani woman doused her with gasoline and set a match to her.

During the explosive fire that occurred, the now two convicted young men succeeded in getting out of the apartment, while the Pakistani woman had to jump out of a window with her dress in flames. She was in an unconscious state and was admitted to a hospital with severe injuries and burns on her arms.

During the hearings, the now lifetime convict and deportee Faruk Rooma stated that since May 2001, she had been secretly married to the murdered woman's husband.

The marriage had taken place in a parking lot in Ringsted, where an imam married them. The man's family was not allowed to know anything about marriage, and she was furious and had a shock when on June 22, following his family's orders, he suddenly married his cousin from the U.S.

Posted by Holger Awakens at 2:00 PM