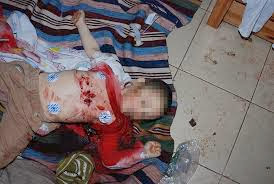 Yeah Robert Tait, write your sob story for these rabid animals and hope you never run into me you fucking prostitute for Islamic terror.

The garbage of a story comes from The Telegraph who put this slop on their site.


The horrific scars disfigure Mona Abu Mraleel’s otherwise strikingly beautiful face. Swathes of bandages cover the injuries the 17-year-old sustained to her arms and legs in a blaze from which she narrowly escaped with her life.

Still racked by pain from burns to 40 per cent of her body, she goes to hospital on a daily basis to have her dressings changed. Specialist doctors are preparing to carry out a delicate skin graft operation in the coming days.

Yet the hospital on which her recovery depends is woefully ill-fitted to the task – riddled by equipment failures, power cuts and shortages in a mounting crisis that doctors fear is leading to a “health catastrophe”.

Mona lives in Gaza, the impoverished Palestinian coastal enclave where chronic fuel shortages have led to electricity cuts of up to 18 hours a day and reduced ordinary life and public services to a standstill.

She is just one of many Gazans suffering in a rapidly worsening economic climate that this week prompted the British Foreign Office minister, Hugh Robertson, to demand urgent action to restore an adequate fuel supply to the territory.

Gaza’s long-running shortages – which had already inflicted long-term eight-hour daily blackouts on residents – worsened dramatically at the beginning of this month when the territory’s main power station closed, following a row over prices between the two biggest Palestinian factions.

Hamas, the Islamist movement that runs Gaza, said it could no longer afford to buy fuel after the Fatah-dominated and Western-backed Palestinian Authority, which governs the West Bank, withdrew the tax exemptions it once provided.

That intensified already severe shortages first caused by an Israeli blockade imposed in 2007 and then compounded by the Egyptian military’s closure of tunnels previously used as supply routes following last summer’s ousting of Mohammed Morsi, Egypt’s Islamist former president and a Hamas ally.

The result has been blackouts of between 12 and 16 hours a day. Sometimes the daily power supply is cut to as little as six hours.

The impact on Gaza’s health service has been disastrous. Hospitals, running out of fuel to keep generators going, are at breaking point amid the threat of multiple equipment failures.

At the European hospital in Khan Younis radiographers say the patchy electricity supply from generators produces flawed images from the MRI scanner – the only such facility in Gaza – making diagnoses difficult. They will be forced to stop using the machine entirely unless nearly-exhausted Helium gas supplies are not restocked from Israel to prevent it overheating.

With the hospital forced to ration its fuel supply, only half the usual number of daily non-emergency operations are taking place.

A shortage of medical supplies is further complicating matters. At Shifa hospital’s renal unit – where five of the 40 kidney dialysis machines are out of service after being damaged by power cuts – many patients have anaemia due to a lack of essential hormone medication.

“This is the worst time I have known in the 18 years I have been in service,” said Dr Mohammed Al-Kashif, international cooperation director at Gaza’s health ministry. “It’s a disaster. We have stopped many elective operations in hospitals to cut down on the expenditure of drugs and disposable equipment.”

The crisis has spread beyond the health sector. Main thoroughfares are in pitch darkness at night as streets lights are left switched off. Traffic lights at main junctions have ceased to work.

Many shops conduct their trade in semi-gloom while some have stopped trading entirely. Al-Aloet, one of Gaza City’s biggest bakeries, has shut two production lines – even as demand for bread rises amid the enforced closure of smaller businesses.

With just a few days’ fuel left, Tarik Shehada, the manager, said he feared would be forced to shut a business his family have run for 30 years.

Meanwhile, the breakdown of public services has led to dire warnings of a disease epidemic.

This week Gaza authorities deployed donkeys to cart away refuse throughout the territory after being forced to withdraw 50 garbage lorries from service.

That came after nearly 8,000 gallons of raw sewage washed into several homes after flooding the streets of Gaza City’s impoverished East Zeitoun district, where around 3,000 people live. The accident happened after a lack of fuel caused the breakdown of backup generators at a nearby pumping station.

Standing amid the rancid stench, Rami Naffar, 40, said the power cuts meant there was insufficient water to bathe his children, several of whom had fallen ill from the effects of successive sewage spills.

For the hospitals, an added worry is coping with the after-effects of fires started by malfunctioning domestic generators – similar to that which caused Mona’s injuries after sparks from a plug set her bed alight.

Sixteen people – including four children – have died from the effects of burns alone in the last year, human rights activists say, while others have perished from carbon monoxide poisoning or electrocution.

We have dealt with many cases caused directly or indirectly by the electricity shortages,” said Dr Nafiz Abu Shaban, head of plastic surgery at Shifa Hospital’s under-resourced burns unit, where Mona goes every day for treatment “Many children have come in with electric burns from generators and many have had to have fingers or limbs amputated.”

For Mona, the danger that Gaza’s crumbling health services will deprive her of the rehabilitation she needs and turn her plight into a lifelong tragedy has prompted her desperate family to appeal for help from abroad.

“We’re ready to take help from anywhere because the treatment and technology isn’t available here to repair the effects of the burns,” said her father, Abed Rahman Mraleel. “Her beauty has been damaged and it could make her less attractive to marry. In our culture, not being able to marry is a big problem for her.”

Posted by Holger Awakens at 8:37 AM

Hamas hasn't paid for its fuel in months. And the world demands that they get free fuel. Israel has said no and demands payment. They cut off electricity when the electric bills weren't being paid. If I don't pay my electric bill, I have no electricity in my home. The same must be true for the Fakistinians.

Gaza is run by Hamas and no one else. Hamas had many options when ISrael supplied fuel on a daily basis except they lobbed grenades and bombs at teh transfer point. Hamas owns this mess, all of it. Israel has no need to supply fuel to its enemy. I hope Bibi sticks to his guns. No doubt Obama will press israel to send fuel. Well Oliar... go fuck your self and your Muslim brethren let them get their fuel elsewhere and pay for it. No pity or sorrow got hamas and gaza. They all own this mess because they all voted for hamas