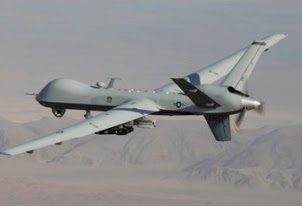 The perfect Thanksgiving:  a perfectly cooked turkey, the Packers getting their asses handed to them, and three jihadis in NW Pakistan get American hellfire missiles up their asses.


MIRAMASHAH: At least three suspected militants were reported killed and several others injured when two missiles were fired by a US drone on a compound in Angar Kalli area near Miramshah Tehsil in North Waziristan Agency on Thursday night, intelligence and local sources told Dawn.com.

The identity of the militants could not be ascertained as the drone strike was carried out at 12 am.

The sources said that drones had been hovering over the area for hours.

Earlier on Nov 21, a US drone strike in the Tal area of Khyber Pakhtunkhwa's Hangu district had killed at least six people, including a senior member of the Taliban-linked Haqqani network, and injured another.

The attack had come a day after Prime Minister Nawaz Sharif's Adviser on Foreign Affairs and National Security Sartaj Aziz said the US had assured Pakistan of not conducting drone strikes targeting the leaders of TTP if dialogue began between them and the Pakistani government.

Posted by Holger Awakens at 5:22 AM