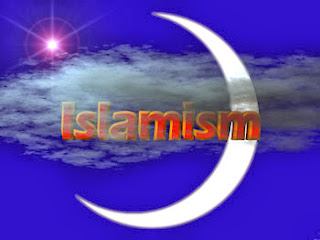 Know the difference, know the trap, America and know the spin.


It has become fashionable among the cognoscenti to distinguish between Islam and Islamism. In fact, the Quilliam Foundation, focused on religious freedom, has promoted the distinction along with many quite reputable analysts of Islamic behavior. Presumably the latter believes in the imposition of faith over society by violence or law; while the former rejects violence conducting itself as any other religion might. This distinction has a hopeful ring to it since one may embrace the faith and abandon the ideology, thereby stabilizing presently unstable societies.

But suppose this is a distinction without a difference. After all, the Islamist is willing to die in order to spread the faith, his death a testament of his religious devotion. Most people would say this is fanatical, but from the Islamists' perspective this is a tactic that intimidates religious rivals driving them to appease or convert. Without having to utter a threat, Jews and Christians know that any criticism of Islam, even mild criticism, could lead to retributive violence. This is what gives Islamism its advantage.

Islam, by contrast, is regarded as benign, a pathway to Allah like any other religion. But is this true? Admittedly most Muslims are not violent, yet it is also the case that violence perpetrated against infidels is clearly suggested in the Koran. Koranic dogma indicates there is only one true religion and its adherents have an obligation to spread the faith.

The democratic belief in self-expression is suppressed by the religion and the ideology. In fact, the ideology springs from the religion. The Medina period in the Koran is fraught with violence embodied in the Verses of The Sword and the good Muslim is one who gives himself to the collective, the umma. Although the Koran is not written chronologically, some assume the Mecca period or peaceful interlude in Islamic history is what should be emphasized. Yet Muslim scholars accept the principle of abrogation, i.e. that which comes later is more holy than what came before. Hence, Medina trumps Mecca.

This principle confounds Western diplomats who wish to create their own reality. In a sense it is like the difference between Hamas and Fatah. Fatah or the PLO is willing to engage in discussion with Israeli leaders. Photos are taken and smiles are exchanged. Nonetheless, the goal of Fatah is clearly stated in its own documents: the extermination of Israel with Palestinian borders from the Jordan to the Mediterranean. Hamas is not as subtle. It will not negotiate; it will not engage in photo opportunities, but it is firmly and unalterably committed to the destruction of Israel. What is the real difference?

Diplomats deny intentions, just as many in the West comfort themselves by generating false distinctions among Muslims. It should be restated that most Muslims are not terrorists. Most are not violent. Yet it cannot be denied that most terrorists are Muslim. It is politically incorrect to say that, even though almost everyone in the West knows the truth of that statement.

As a consequence, we build institutions on quicksand. We persuade ourselves that there is a way to fix the problem by defining it in a manner that satisfies our basic instincts. It is hard to imagine a religion that values death over life. There is an unwillingness to concede the underlying imperial desire in Islam is to spread caliphates across the globe using any means necessary. The definitions speak to us as tranquilizers. It simply feels better to deny the truth. Unfortunately the truth does not disappear like soap bubbles. Its ugly face appears and reappears.

Posted by Holger Awakens at 8:21 AM