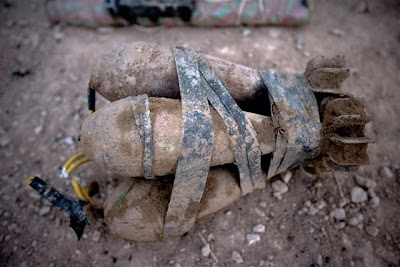 Six Taliban rigging up bombs to kill our boys in Afghanistan have all died when their bombs went off a little prematurely.  Awwww....isn't that just a bloody shame?!

The story comes from Central Asia Online via The Religion of Peace.

6 Taliban killed by own bombs

They were trying to plant bombs to target security forces, but the devices detonated prematurely, the statement said.

The incidents occurred in the Tanay District of Khost Province, the Zankhan District of Ghazni Province and the Zhamkani District of Paktia Province.

Posted by Holger Awakens at 3:10 PM

It would appear that Allah abandoned them for their evil thoughts and deeds, and requireed they pay teh price of trying to kill the innocent. Yes a righteous Burn... Allah is truly Akbar