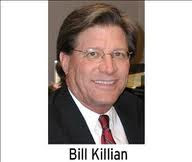 Out of control simply does not come close to describing the Obama administration's promotion of Islam as the new religion of America.  I've read this article three times and still cannot believe it.  We have ranking federal officials carrying the water for the Islamists in this country - we even see the talking points of a group like CAIR coming through in the statements.

The message is clear America...you better get ready to submit to the ideology of the pedophile or Big Brother is going to bring the hammer down.  It's kind of a no win, don't you think?  If you criticize Islam in this country, if you don't get beheaded or blown up by a jihadi, the Federal government will see that you go to prison.

The story comes from Judicial Watch.


In its latest effort to protect followers of Islam in the U.S. the Obama Justice Department warns against using social media to spread information considered inflammatory against Muslims, threatening that it could constitute a violation of civil rights.

The move comes a few years after the administration became the first in history to dispatch a U.S. Attorney General to personally reassure Muslims that the Department of Justice (DOJ) is dedicated to protecting them. In the unprecedented event, Attorney General Eric Holder assured a San Francisco-based organization (Muslim Advocates) that urges members not to cooperate in federal terrorism investigations that the “us versus them” environment created by the U.S. government, law enforcement agents and fellow citizens is unacceptable and inconsistent with what America is all about.

“Muslims and Arab Americans have helped build and strengthen our nation,” Holder said after expressing that he is “grateful” to have Muslims as a partner in promoting tolerance, ensuring public safety and protecting civil rights. He also vowed to strengthen “crucial dialogue” between Muslim and Arab-American communities and law enforcement.

Evidently that was a precursor of sorts for an upcoming Tennessee event (“Public Disclosure in a Diverse Society”) that will feature the region’s top DOJ official, who serves as U.S. Attorney for the Eastern District of Tennessee, and an FBI representative. The goal is to increase awareness and understanding that American Muslims are not the terrorists some have made them out to be in social media and other circles, according to a local newspaper report. The June 4 powwow is sponsored by the American Muslim Advisory Council of Tennessee.

The area’s top federal prosecutor, Bill Killian, will address a topic that most Americans are likely unfamiliar with, even those well versed on the Constitution; that federal civil rights laws can actually be violated by those who post inflammatory documents aimed at Muslims on social media. “This is an educational effort with civil rights laws as they play into freedom of religion and exercising freedom of religion,” Killian says in the local news story. “This is also to inform the public what federal laws are in effect and what the consequences are.”

The DOJ political appointee adds in the article that the upcoming presentation will also focus on Muslim culture with a special emphasis on the fact that the religion is no different from others, even though some in the faith have committed terrorist acts, Christians have done the same. As an example he offers that the worst terrorist attack in the U.S. prior to 9/11 was committed by American Christians in Oklahoma City. He also mentioned the Wisconsin Sikh temple shooting last year in which another Christian, an American white supremacist, fatally shot six people and wounded four others.

“Some of the finest people I’ve met are Muslims,” Killian said, adding later: “We want to inform everybody about what the law is, but more importantly, we want to provide what the law means to Muslims, Hindus and every other religion in the country. It’s why we came here in the first place. In England, they were using Christianity to further their power in government. That’s why the First Amendment is there.”

Over the years the Obama administration has embarked on a fervent crusade to befriend Muslims by creating a variety of outreach programs at a number of key federal agencies. For instance the nation’s Homeland Security covertly met with a group of extremist Arab, Muslim and Sikh organizations to discuss national security matters and the State Department sent a controversial, anti-America Imam (Feisal Abdul Rauf) to the Middle East to foster greater understanding and outreach among Muslim majority communities.

The president has even ordered the National Aeronautics and Space Administration (NASA) to shift its mission from space exploration to Muslim diplomacy and the government started a special service that delivers halal meals, prepared according to Islamic law, to home-bound seniors in Detroit. Who could forget Hillary Clinton’s special order allowing the reentry of two radical Islamic academics whose terrorist ties have long banned them from the U.S.?

Posted by Holger Awakens at 4:39 AM

Labels: Dept of Justice, Islam in America, Sharia in America

Time for all good Americans to bail out of Obama nation Cpome to Canada its a little colder but clearly we have a bit more freedonm, and eric Holder and Obama are not welcome herer

Hey Holder, good for you that we never meet pussy!