Report: Obama Spent Twice as Much Time on Vacation/Golf as Economy 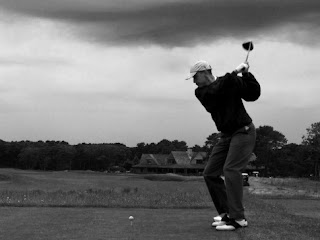 Report: Obama Spent Twice as Much Time on Vacation/Golf as Economy

According to a new report by the nonpartisan Government Accountability Institute (GAI), President Barack Obama has spent over twice as many hours on vacation and golf (976 hours) as he has in economic meetings of any kind (474.4 hours).

Last year, Obama told CBS News that playing golf is "the only time that for six hours, I'm outside." But instead of six hours, GAI counted a round of golf as taking just four hours. Likewise, for presidential vacation hours, researchers attributed just six hours of any day of vacation to leisure activity.

"Like most people, presidents still do work while on vacation," said GAI President Peter Schweizer. "So we really went out of our way to fairly and accurately reflect how the president spends his time."

The study applied a similarly generous assessment to Obama’s time spent in economic meetings by counting anything on the official White House calendar even remotely related to the economy as an economic meeting. For example, “Obama meets with Cabinet secretaries” and “Obama has lunch with four CEOs” counted as economic meetings.

Asked whether the latest numbers paint a negative portrait of presidential economic leadership, Schweizer says that is for others to decide.

“People understand that presidents have the most stressful job in the world and need a break from time to time,” said Schweizer. “There will be some who will be encouraged by the numbers and some who will wish the president spent more time in economic meetings. As a government watchdog group, we just tabulate the numbers and let others decide how to interpret them.”

Posted by Holger Awakens at 4:26 AM