It's the Religion, Stupid 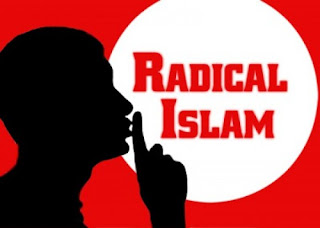 This article, from Family Security Matters, brings up the amazing naivete' of the Left in America when it comes to the link between Islam and terrorism.


I would put forth that those on the left saying that they have "no idea" why the Boston bombers did this are simply lying.  The Communists in America know exactly what the Islamists do, they know why and for that reason, because they KNOW why, that is why they cover for the islamists.  Don't buy into it for one minute...these Democrat, Progressive, Marxist politicians really aren't that stupid or bling - they know why Muslims are targeting America, they know why they want to kill innocents and the reason they won't admit that they know is because THEY SUPPORT IT 100%.


It's The Religion, Stupid


It amazes me what lengths to which the left will go to avoid mentioning terrorism and Islam in the same sentence. During the days between the bombing Monday and identifying the two bombers early Thursday, the left desperately wished they would be American white guys. Leftist Salon.com ran the headline: "Let's hope the Boston Marathon Bomber is a white American." Writer David Sirotta invoked the leftist creed of so-called White Privilege "There is a double standard: White terrorists are dealt with as lone wolves, Islamists are existential threats."

US Representative Peter King (R-NY) has tried to investigate links between Radical Islamists in the US and terrorism, but he's accused of bigotry for his efforts. He proposed it again on Fox News Sunday with Senator Diane Feinstein (D-Cal) when she said: "I - I don't think all of this is very helpful. . . . I don't think we need to go and develop some real disdain and hatred on television about it."

Three years ago, Radical Muslim Major Nidal Hasan shot forty-five soldiers and killed thirteen at Fort Hood while chanting "Allahu Akbar!" (God is great), but our officials in Washington still refuse to call the incident terrorism. The Pentagon's 86-page report on the shooting refused to mention Islam as a motive! Texas Congressman John Carter whose district includes Fort Hood was appalled. "People are afraid to speak out and label someone because they'll be accused of being a racist or accused of profiling or being prejudiced against a certain religion or race of people," Carter told POLITICO. "But in a time of national crisis, which I believe we are in, all identifiers must be discussed."

An officer in the US Army, Hasan publicly identified himself as a "Soldier of Allah" on Army documents, yet the army's top officer - General George Casey said of the mass murder: "as horrific as this tragedy was, if our diversity becomes a casualty, I think that's worse."

So General, political correctness is more important than the very lives of soldiers under your command?


Our leftist commander-in-chief suffers from the same willful blindness. "Why did young men who grew up and studied here as part of our communities and country resort to such violence?" asked President Obama last Saturday.

Obama's Mini-Me - Massachusetts Governor Deval Patrick - said on Good Morning America last Sunday that he had no idea why the Tsarnaev brothers would do such a thing.

MSNBC has been trying desperately to disassociate Islam from the Boston bombings. Before the Tsarnaev brothers were identified, its guests tried to blame the Tea Party. After they were identified as Muslims, another MSNBC guest insisted the Chechen Muslim backgrounds of the brothers "had nothing to do" with the bombings.

So, why does the left so desperately want to portray the Tsarnaev brothers as domestic terrorists? Because it would play into their world view of conservatives as redneck, cretin Neanderthals who "get bitter [and] cling to guns or religion or antipathy toward people who aren't like them" as President Obama described them.

Bitter clingers won't vote for progressive elitists and they have guns. Progressive elitists would disarm them by ramping up gun control and dilute their influence during elections by granting amnesty to millions of illegal aliens who'll vote Democrat. Gun control and amnesty were before Congress when the bombs went off. That riveted America's attention and unraveled carefully-crafted, progressive spin. Already skyrocketing, gun and ammunition sales increased even more as more Americans were suspected their elected leaders were either fools or worse - they were covering up something.

They're wondering, as I am:

*If the Tsarnaevs needed asylum from Chechnya, why did the parents move back?

*If they all feared for their lives, why did Tamerlan Tsarnaev go back to visit for six months?

*What were the chances that a Saudi national with relatives in Gitmo being at the finish line and close enough to be wounded by the blast?

*Why did President Obama and Secretary of State Kerry have emergency meetings with the Saudi Foreign Minister while the Saudi national was held in the hospital as a "person of interest"?

*Why was the Wednesday FBI press conference postponed again and again during all this?

*Why was the Saudi national living in Revere, Mass. when his student visa was for a college in Ohio?

*Why does Janet Napolitano profile terrorists as pro-life demonstrators, pro-gun activists, and Iraq veterans - but not radical Muslims?

Posted by Holger Awakens at 4:56 AM

Good Post.
Leftards are collaborating with the islamists.
Keep your powder dry.

Please don't believe that ALL liberals know. I'm a liberal and I had no idea, honestly. The last ten days I've been reading about the Third Jihad and feeling more and more panicked. I've been telling all my liberal friends the things I've been learning; they're shocked but so far they all believe me. Believe me, there are plenty of liberals who don't know. I understand that what looks like willful blindness is infuriating, but don't write us all off -- some of us are waking up and trying desperately to get the word out to others.