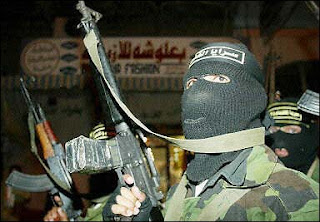 
Calls for liberating "Palestine" have been reverberating among the various Palestinian political factions for decades.

Hamas actively pursues Israel's destruction, but how does the Palestinian Authority (PA) differ from the terrorist organization?

A recent Middle East Media Research Institute (MEMRI) report highlights the PA's continued efforts to propagate the Palestinian refugees' "right of return" within Israel. This narrative is perpetuated at the core of PA schools and is clearly disseminated throughout history, civics, and Arabic language textbooks. For example, MEMRI points to a fourth grade textbook, which says, "Four and a half million Palestinians live in the diaspora outside Palestine... Most are refugees waiting to return to the motherland, from which they were expelled."

Other examples start as early as second grade and run throughout primary school textbooks. By subjecting children to continuous propaganda regarding an eventual "return" to Israeli cities like Haifa and Jaffa, the PA is clearly indoctrinating future generations on the virtues of a one-state solution. In that scenario, Palestinians would outnumber Israelis stripping Jews of a homeland.

This tactic is part of the broader strategy of subjugating younger generations of Palestinians to propaganda that glorifies terrorists and advocates for violent jihad for the purposes of destroying the Jewish state.

The Palestinian culture of death has been exposed in various forms throughout the years. Among the more notorious examples was a children's television program that featured a Mickey Mouse knockoff calling for martyrdom and violence against Jews. Moreover, MEMRI reports that the PA continues to praise terrorists such as Dalal Al-Mughrabi, commemorating the anniversary of a terrorist attack which killed 35 Israelis and injured dozens of civilians. Former and current PA officials continue to glorify such atrocities, describing Mughrabi as an inspirational figure and role model.

Furthermore, PA President Mahmoud Abbas recently claimed that there is "no difference between [the PA's] policies and those of Hamas." Based on the PA's educational curriculum, media dissemination, and terrorist glorification, the international community must look behind the PA's doublespeak before pressuring Israel to make further concessions.

Posted by Holger Awakens at 3:11 PM

No right of return. Palestinians never existed. The indigs at the time were Syrian, they left to fight the Jews and lost. They could have come back but chose not to. They created teh refugee problem not Israel. Let them stay inn teh diaspora and I doubt there are 4 million.