Blog Talk Radio: The Awakening - "Whose Country Is It?" 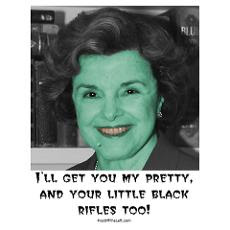 "Whose Country Is It?"


For G_d, For Country, For Freedom.

- Are those on the Left correct....is America now theirs? Or does America belong to the Patriots and the followers of the Constitution?

- Senator Dianne Feinstein has decided to take the point in negotiations and plotting to take away the gun-bearing rights of Americans. It's time she pays the price for that move with her expulsion from the United States Senate.