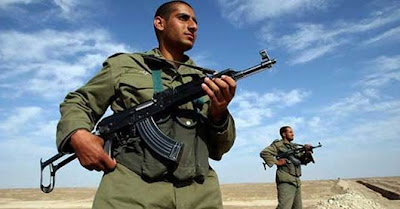 You know, the Iranians really know how to make friends.  Government officials in Pakistan have lodged a formal complaint against Iran for the firing of at least 12 mortar rounds into Pakistan from inside of Iran.

It kind of makes my mouth water thinking about a skirmish between the Pakistanis and the Iranians - talk about the perfect scenario for both sides being obliterated.

Speaking to media representatives, Durrani said that at least 12 mortars were fired from Iranian side at the Pakistan-Iran border area of Chaghi last night. However, there were no casualties reported.

He said that the Pakistani authorities have recorded an official protest with their Iranian counterparts over the incident, adding that the provincial home ministry has informed the foreign ministry about details of the incident.

The secretary said that a meeting between the two sides on the issue will be convened on Tuesday.

Target and purpose of the mortars is not ascertained as yet, he added.