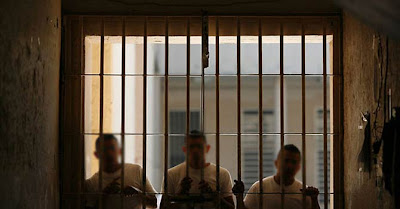 There's very few details out about the attackers in a prison break attempt in Tikrit, Iraq but when the dust settled and security forces regained control of the prison, there were 12 to15 policemen dead and 7 prisoners also killed.  Over 100 prisoners did escape during the attack.  One has to point to al Qaeda in Iraq for this operation but at the same time, Tikrit wasn't ever the biggest hotbed for al Qaeda activity unless there was actually one or two prisoners in here that were their whole reason for the break attempt.


IKRIT: At least 12 policemen were killed in clashes at a prison in the central Iraqi city of Tikrit that was seized by militants but has since been retaken by security forces, officials said on Friday.

Abdul Jabbar said that the prison had been retaken from militants who seized it on Thursday night, but that 83 prisoners escaped.

A source in the Salaheddin police command said that 15 policemen and seven prisoners were killed in the violence, and put the number of escaped prisoners at around 100.

“We took control of the prison, and the gunmen handed over their weapons,” the source said

Posted by Holger Awakens at 4:40 AM