Can America Survive the Importation of Islam? 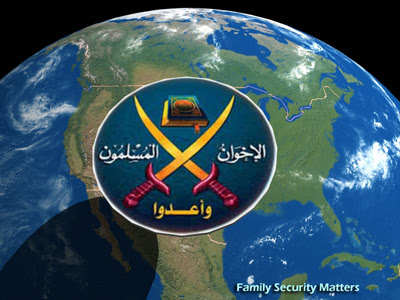 So, do you believe that Islam is completely compatible with the American culture and Constitution? How has the importation of Islam to America gone so far?

The article is from Family Security Matters.


Now that a white Norwegian with blond hair and blue eyes has committed a horrendous act of terrorism in Norway, there will be many in the press who will attempt to silence those who speak out about the danger of Islam. Yet, this September 11th, we will mark the 10 anniversary of the worst attack upon our soil perpetrated by Muslims faithfully engaged in Jihad as commanded of them in the Quran. We lost nearly 3000 thousand fellow Americans on that day.....fathers, mothers, children, wives and husbands slaughtered for the sin of being infidels. Since that fateful day there have been over 17,000 Islamic acts of terror committed around the globe with over 116 plots and 33 deaths on American soil alone.

As we witness warfare around the world we see it is the Muslims killing the Christians in Egypt, Indonesia, Nigeria, Sudan, Iran, Pakistan, Afghanistan, Russia; they target the Jews in Israel, the Hindus in India and Chechnya, and the Buddhists in Thailand.....and the list goes on and on because Mohammad’s practioners are commanded to "slay the non-believers wherever ye may find them". Quran: (2:191-193)

Mohammad and his early followers were warriors who conquered vast amounts of territory by the sword, confiscating the spoils, enslaving his captives, and raping the wives. He took Aisha, the daughter of a Jewish captive as his wife when she was six years old and consummated (raped) the marriage when she was nine. Is there any wonder that today young girls in Muslim countries continue to be raped by old men who regard them as chattel?

We in the West have been fortunate to have had little impact from Islamic doctrine and culture due to distance. However, with the continuous influx of Islamic immigration within the last few decades, the peace, tranquility, and values that once was ours is now being threatened. We are now importing Islam with each new additional Muslim and Islam is a political ideology that is at odds with our Constitutional values of liberty, equality, and pluralism. While many Muslims may not be practicing Muslims they nevertheless share a belief in Islam and Islam is at war with the rest of mankind.

A religious political doctrine that commands its followers to slay the non-believers is at odds with a Judeo-Christian commandment to love thy neighbor as you love yourself. A doctrine that promotes death for apostates is in conflict with our values of freedom of religion. A doctrine that would meet out the death penalty for criticism of Islam or Mohammad is contrary to our believe in freedom of speech. A doctrine that equates women to chattel is an affront to our value of equality for all.

Europeans are now feeling the effect multiculturalism has wrought upon their once peaceful region. In Oslo, Muslims comprise 6.29% of the city's population but 20.21% of the rapists. More than 66% of rape victims are Norwegian white women. Muslim immigrants in Denmark make up 5% of the population but consume 40% of welfare spending. A sharp rise in Anti-Semitism is seen throughout Europe with attacks upon synagogues, Jewish schools, Jewish businesses, and physical assaults upon Jews in France and Sweden committed by the practitioners of the religion of peace.
Muslim immigration has brought forth an increase in crime. A study of 45.000 teenagers from across Germany concluded that boys growing up in religious Muslim families are more likely to be violent than others. "Even when other social factors were taken into account, there remained a significant correlation between religiosity and readiness to use violence. The correlation was only found with Muslim boys. Not with other religions and not with girls."
There are no-go zones in France and England where non-Muslims cannot enter for fear of Muslim violence against non-Muslims and just recently a group called Muslims Against the Crusades have called for Muslim enclaves around London to be self-governed as independent states under Sharia and outside the realm of British law and authority.

The largest Muslim enclave within the United States is Dearborn, Michigan where Muslims dominate the political and law enforcement process. Not too long ago a few Christians attempting to preach the gospel on a Dearborn city street were arrested for their Constitutional right to proselytize. Sharia law makes it a crime to preach the gospel; therefore, the Muslim Police Chief of Dearborn was adhering to Sharia law within an American city. The Islamic call to prayer five times a day over city loudspeakers was approved by Dearborn's city council.

Honor killings, (a barbaric practice that condones the killing of wives, daughters or sisters who have brought shame upon the family) have now taken place in several states throughout the U.S. We have also seen a sharp rise in polygomous marriages which is permissible within Islam. Here a Muslim man will marry one woman legally and marry others under an Islamic religious ceremony. It allows the man to have numerous children and if he can only provide for one, the rest are put into our welfare system for American taxpayers to fund.

In Minnesota, Muslim taxi drivers refuse to transport passengers with dogs (considered to be ritually unclean in Islam) or alcohol which is forbidden. Western women have taken great pride in their freedom to express their sense of self, but it is now becoming common to see women covered from head to toe in burquas on American city streets. The notion that a woman needs to hide her physical self is an affront to American's women's sense of independence; yet, the importation of Islam will transform our physical and psychological landscape backwards.

Do we want mosques springing up in towns and cities across our land where the guiding doctrine is the Quran, a totalitarian political legal doctrine that is seditious by its very nature?

Do we want our public school systems - which recognize a separation of church and state - to allow Muslim prayer services on school grounds? Some public schools and universities are granting Muslim requests for prayer times, prayer rooms and ritual foot baths. In the San Diego Public School system 15 minute prayer breaks are allotted for Muslim students, and Toronto is presently allowing its public schools to hold Islamic led prayer services.

In an effort to dismantle the notion of national identity and nation state with the substitution of multiculturalism, we have been fed a big lie by the Left. We have been led to believe that all cultures are equal, but all cultures are not equal. Some are better. A culture that promotes freedom for all, equality for all, and love thy neighbor is better than a culture that enslaves, asks us to submit to the will of Allah, and commands its practitioners to wage war.

The importation of Islam must STOP. Immigration from Islamic countries must come to a halt. Those of you who sit on our House and Senate Immigration Commitees need to hear our voices. Are you listening, Diane Feinstein and Chuck Schumer? Unless we begin to set forth an immigration policy that is consistent with the values and principles set forth by our Constitution, we will continue to drift backwards to a time and place indistinguishable from the many Islamic hellholes that now permeate the globe.

The choice is ours! To those name callers who like to silence debate by yelling "Islamophobia", I admit I am Islamophobic, and I think you should be too.