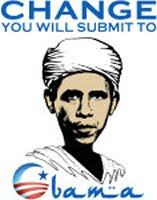 Excuse me a moment while I go hurl my Christmas cookies and lefse.

The worst President in the history of the United States of America is seeing an upsurge of support for a second term in 2012 - I find it amazing that this many Americans truly want to commit suicide.

2012 - the year America decides to live on or die an agonizing death.

The article is from The Hill.


Seventy-eight percent of Democrats want President Obama renominated for a second term, the highest his support has been this year, according to a new poll.

A CNN/Opinion Research survey shows Democratic backing for a second Obama term jumped 5 percent from late October, just before his midterm "shellacking," when it was at 73 percent.


The numbers look good compared to the last Democratic president. Only 57 percent of Democrats wanted Bill Clinton renominated in the days after the 1994 Republican Revolution. Clinton went on to defeat Sen. Bob Dole (R-Kan.) in the 1996 presidential elections.

The level of support suggests a primary challenge against the 44th president is likely to fail.

Political observers have speculated that Obama could receive a primary opponent due to dissatisfaction on the left, which went into an uproar over Obama's decision to cut a deal with Senate Republicans that extended the Bush tax cuts for two years. The left was also disappointed that the administration did not push more strongly for a public insurance option in the new healthcare law.

But so far, no potential candidate has taken the bait. One possible challenger, self-described democratic-socialist Sen. Bernie Sanders (I-Vt.), bowed out last week, saying, "Ain't gonna do it."


Opinion Research also asked Republicans to rate whom they are most likely to support among Obama's possible GOP challengers.

Out of four GOP candidates, former Arkansas Gov. Mike Huckabee received the most support, with 67 percent saying they are either very likely or somewhat likely to support him if he decides to run.


None of the potential candidates have officially announced they are entering the race.


Opinion Research polled 470 Democrats and 470 Republicans, with each sample having a margin of error of 4.5 percentage points.

Consider also that the mid-term elections had little minority or 'youth' vote. The mid-term was just regular turn out for other groups.

During a Presidential election, the youth and minority vote will once again over-ride the rest of America.

“A democracy cannot exist as a permanent form of government. It can only exist until the voters discover they can vote themselves largess from the public treasury. From that moment on, the majority always votes for the candidates promising them the most benefits from the public treasury, with the result that a democracy always collapses over loose fiscal policy, always followed by a dictatorship. The average age of the world’s greatest civilizations has been 200 years. These nations have progressed through this sequence:
from bondage to spiritual faith;
from spiritual faith to great courage;
from courage to liberty;
from liberty to abundance;
from abundance to selfishness;
from selfishness to apathy;
from apathy to dependence;
from dependency back again into bondage.”
-Alexander Tytler, 1770
.