Cash for Clunkers Flunks: No Money, Dealers Not Paid

by Maggie at Maggie's Notebook

Dealers participating in the "Cash for Clunkers" program may not be getting government reimbursement in a timely manner. The program, designed to jump-start auto sales, is having problems. 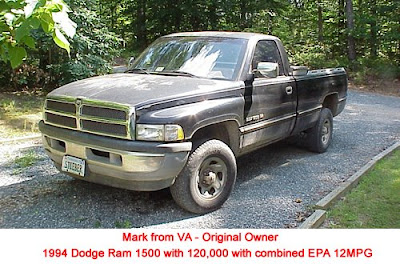 Adam Lee is a dealer in southern Maine who accepted 100 clunkers and is owed $450,000 from the government. To date, he has received no reimbursements. Mr. Lee, who owns Lee Auto Group, thinks there must be others who have not been paid. Lee stopped accepting clunkers at four of his dealerships.

On July 22nd, the Department of Transportation had "processed" 16,351 transactions in the Car Allowance Rebate System (CARS) totalling $68.9 million worth of rebates from 22,300 dealers. The government allowed $1 billion for the program which will expire on October 31st or if the money runs out sooner. The $1 billion is to include all administrative costs.

Today, July 30th, Congress announced plans to "suspend" the "cash for clunkers" out-of-fear that the $1 billion could be quickly consumed in rebates for new car purchases. So, is there really $1 billion funded for the program, and how much of that $1 billion will go to the administrative cost of the program?

Edmunds AutoObserver says that as of the morning of July 30th, "$858 million remained to fund the clunkers."

Confusion reigns. The day before the program became active, the EPA got in the act and changed-up the specifications needed for mileage qualifications for the program. After clunker-sellers signed their paperwork, and the EPA did their thing, questions remain. The Department of Transportation switchboard is lighting up with some 56,000 calls each day.

Another complaint: the dealer charged the clunker-seller $1,100 of the rebate for administrative costs. And supposedly, other clunker-buyers are charging interest on the vouchers.

Can we identify another administration with such blatantly irresponsible policies? I'm thinking...still thinking...no, I think we cannot.

Okay, not everyone agrees with me. Michael Jackson, chief executive of AutoNation, Inc. says the program was an "absolute success." 'It's a great stimulus to the economy." But after just one week, the money is nearly, and perhaps completely, exhausted. That's not success, that's poor planning when auto dealers are in the middle of a huge promotion. No word on who pays the promotional expenses. No word about the cost to administer Cash for Clunkers.

Photo above courtesy of the National Clunker Memorial Gallery

Posted by Maggie Thornton at 8:54 PM

Do all three, in order.