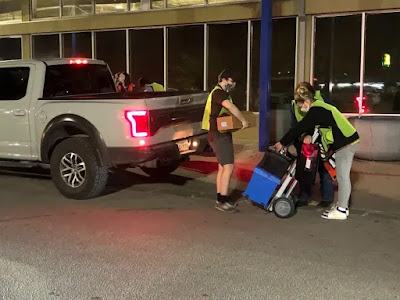 Has anyone thought about what a House of Cards the Left in this country has constructed with this Election Fraud Scheme?

Seriously, think about it.  This isn't like a Hillary Clinton email scheme that she and four aides know about and keep things under wraps.  This was an election fraud scheme that included (at least) Nevada, Arizona, Georgia, North Carolina, Michigan, Pennsylvania and Wisconsin.

I'm not even talking about the canaries who will sing when arrested or brought in as a "person of interest."

This is a House of Cards.  It's going to be fun to watch it implode but at the same time, it will spark a point of no return for this country.

Great point, except who is going to get the ball rolling? The Feds? The same Feds who for years tried to sink President Trump? The GOP? Half of them never wanted DJT as president and probably have a hand in this, and almost all of them are looking at the graffiti on the wall and wondering how they can get onto the gravy train, leaving a slimy trail behind them.

Now we may get to watch those sunzabitches ruin all his hard work.

Great points and you are right - there is no reason anyone in DC would act on substantiated witnesses and proof of the scheme - just like there's no Durham report, no Barr indictments ....The Government Party rules The People like King George.

However, when the House of Cards does crumble, I believe there is enough citizen reporting out there as well as the OANN's of the country that will get the facts out to more than just the immediate cluster of Patriots.

I put up a post here weeks ago saying that I WANTED this election to go to Biden. That it was time this country experienced the forest fire it needs in order to survive and I stand by that. I'm old, i'm covered with life's necessities. I can last 10 times longer than these tight pant pussies and their manly women. You know and I know they will fuck it up in a heartbeat - the only thing in question is whether there will be enough of us left to actually want to rebuild the wasteland. At the same time, being old and not having a lot of stuff on my plate, it lends itself to some new hobbies of mine that i might find rather rewarding. Mwahahaha.