Taliban Seize 70 Villages In Northern Afghanistan...Obama Soon To Be 0-2 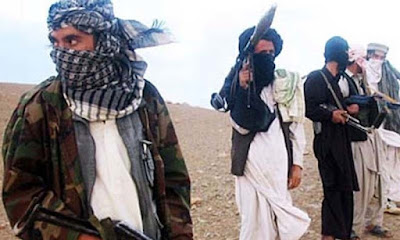 As I have said often, everything that Barack Hussein Obama turns to shit.  He touched the victory in the War in Iraq and we got ourselves ISIS taking over Iraq.  Then Obama touched Afghanistan and within about six months of withdrawals in Afghanistan, the Taliban are gobbling up all of northern Afghanistan.  At least Obama is consistent.


KABUL: Taliban fighters have gained ground in two provinces in northern Afghanistan, overrunning a district centre in Sar-e-Pol and seizing villages in Kunduz, local officials there said on Tuesday.

Earlier this week, they made a successful push towards a strategic pass at the border with Pakistan, capturing a large police base in Badakhshan province in the northeastern corner of the mountainous country.

Most foreign forces withdrew from Afghanistan in 2014, leaving Afghan forces to fight the resilient insurgency with only limited coalition support.

The Taliban fought Afghan forces for two days in Sar-e-Pol province before capturing the district of Kohestanat district on Monday evening, the police chief said.

“We asked for air support but did not receive it, so our security forces quit,” Asif Jabarkhel said, adding that one policeman and two local fighters were killed in the battle. Police planned to retake the district, he said.

In Kunduz, the Taliban have seized around 70 villages in Khanabad district this week, a spokesman for the provincial governor said.

More than half the province is now under Taliban control, according to local officials. They captured two Kunduz districts in June, one of which was quickly retaken by Afghan forces but the other remains under insurgent control.

The militant group was ousted from power by an US-led coalition in 2001.

Most US forces left the country last year, but a small contingent of several thousand counter-terror troops remains engaged in combat operations. NATO also runs a separate two-year training mission that will continue through 2016.

Did an excerpt and linked back.
https://boudicabpi001.wordpress.com/2015/08/03/taliban-seize-70-villages-in-northern-afghanistan-obama-soon-to-be-0-2-via-holger-awakens/
Bob A.